He lied to his father
He broke the golden rule
Pretended that he, all of the day
Had been working hard at school (it was a lie) 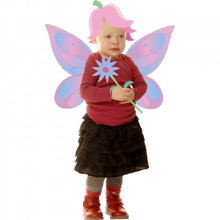